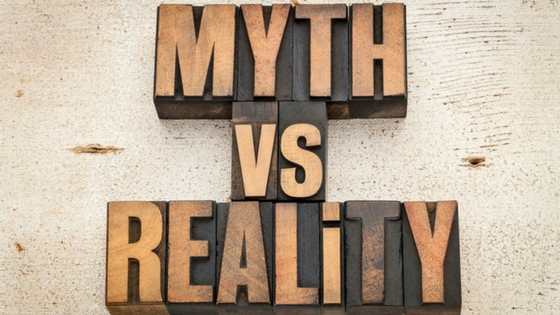 Diesel engines were primarily used in ships and trucks, but are becoming more popular as people recognize the potential fuel efficiency along with emitting less carbon dioxide than traditional gasoline powered engines. Even with their increasing popularity in modern day vehicles, many people are still misinformed about diesel engines. Here are the top ten diesel myths debunked to make you a knowledgeable consumer.

This may have been true in the past, but it isn’t anymore. The Environmental Protection Agency (EPA) now requires diesel engines to follow the same criteria as gasoline engines. The addition of a Diesel Particulate Filter or DPF removes 95 percent of the smoke and soot. It does this by trapping the smoke until the computer detects that it is time to perform a regeneration cycle to clean it. The process utilizes a tad bit more fuel, but as of 2007, your gasoline-powered vehicle is no cleaner than a diesel, which also emits less carbon dioxide.

Ford held an interest in the Cummins 20 years ago and got a seat on the board of directors, but its power didn’t extend beyond that. The company divested its stock of Cummins in 1997, but you can still order a Ford with the factory Cummins option in the F-560 or F-750

Diesel Engines Can Get More Than 20MPG While Towing

This statement only hurts the credibility of diesel engines because someone might buy one primarily for towing and be significantly disappointed when they aren’t getting great mileage. Owners should expect around 15 mpg, which is still better than gasoline because factors such as weight, rolling resistance, the load on the engine, the wind and poor aerodynamics make getting 20+ mpg currently unattainable.

Diesels used to be hard to start in the winter, but newer technologies have turned this into a myth. This stems from the fact that temperatures below 40 degrees Fahrenheit can make the fuel gelatinous. Modern-day diesels include glow plugs that use the battery to get warm and allow the diesel to vaporize similar to gasoline. Heater grids in the intake track also add the heat necessary to start.

It's Hard To Find Diesel Fuel

The increased popularity of diesel vehicles has made it much easier to find gas stations that offer both diesel and regular gasoline. Even local neighborhood stations in small towns have at least one pump for diesel fuel and if one gas station doesn’t have one, you’ll likely find one in a few miles that does, especially near major highways.

This is partially true, but not because the fuel is more expensive to produce. The prices generally are close to each other, and more expensive diesel is indicative of higher taxation rates as opposed to the actual cost of the fuel. This is why costs for diesel can vary significantly from one state or even one city to another due to different tax structures.

Diesel Vehicles Are Only Good For Towing

This may have been true in the past, but modern engines are efficient and are comparable, if not better, than their traditional fuel counterparts. The reason it’s associated with towing is because it produces more torque at lower engine speeds with a flatter torque curve than gas. Volkswagen has shifted a lot of focus to making fuel-efficient diesel-powered cars that can get more than 40 mpg when driven on the highway and 30 in the city. Many countries in Europe have already recognized the potential and power of diesel fuel and have more vehicles powered by it on the road than in the United States.

Many people assume that because diesel engines are typically used in trucks that they are going to be slow and sluggish, but this is far from the truth. The sluggishness might occur if the truck is hauling a large load, but it isn’t uncommon to find that a diesel-powered car outperforms a gasoline one. A diesel gets the best performance at low RPMs, typically at speeds below 65 mph which is what the majority of Americans drive at or below. Gasoline engines rely on power by running the engine incredibly fast at speeds of around 5,000 RPM or more. This causes acceleration and overall power to lag behind comparable diesel models.

Owning A Diesel Vehicle Costs More To Maintain And Service

Service costs can be higher at the time your vehicle is serviced, but diesel engines require less maintenance and don’t need to be brought to the shop as often. They tend to run for significantly more miles than gasoline-powered engines before any major repairs or overhauls need to be done. It isn’t unheard of for diesel engines to get into the hundreds of thousands of miles without needing anything more than basic tune-ups. In addition, if you properly maintain your diesel engine using diesel injector cleaner, diesel anti-gel, and other diesel additives, your engine life will be prolonged even more.

They Perform Poorly At High Elevations

One fact you may not even have considered previously is that a diesel-powered engine operates better at higher elevations than their gasoline-powered counterparts. This is because the air is thinner the higher you go in elevation and gasoline engines don’t need to add as much fuel to keep the air ratio perfect, which affects their performance. A diesel runs lean and is powered by pumps driven by exhaust gas. The additional air in the combustion chamber allows more fuel to be added and gives you more power than you’d get from gas. You’ll be charging ahead with your diesel on those steep hills while other cars and trucks are struggling to even get up them.

Now that you’re more informed about how diesel engines work you can make an educated decision when deciding to purchase a vehicle. Analyze your needs in a vehicle and weigh the pros and cons between diesel and gas. Your needs may be better suited to a diesel-powered car or truck than you initially thought.